Cullberg Ballet, KammarensembleN and Fotografiska collaborate in a new work, specially composed for Fotografiska. Musicians and dancers meet in this improvised work, based on the collaboration between the varying textures in dance, music and image. Five instrumental solo pieces from the 20th century form the basis and images from the photographer Fanny Oldenburg projected on the walls, create landscapes together with dance and music. The work is presented within the frame of Cullberg Out in context, the company’s site specific project that takes parts of the company’s activity out of its usual context to other settings than the traditional.

Sunday 6 May, Fotografiska at 13:00-14:00 and 15:00-16:00
Photographer Fanny Oldenburg
Fanny Oldenburg is educated at Nordens Fotoskola, Biskops Arnö, 2003-2006. She is active as a photographer in television, theatre and dance, with an extensive production behind her. This is her first collaboration with Cullberg Ballet.

KammarensembleN
KammarensembleN (KeN) was founded 1984 in Stockholm and has since the beginning had a leading role on the Swedish scene for new music. In collaboration with directors, lighting designers, and video artists, KammarensembleN has presented several acclaimed concerts, in Sweden as well as abroad. The ensemble has 18 members, Franck Ollu is the artistic director since 2003.

Fotografiska
Fotografiska is a vital centre for contemporary photography. The museum is housed in a historic building dating from 1906 in the Art Nouveau style. Located in the heart of Stockholm, Fotografiska is a popular meeting point not only because of its exhibitions featuring the work of world renown photographers, but also for the museum’s fantastic view and great food. Each year Fotografiska’s presents four major exhibitions and approximately 15-20 smaller shows. Since the opening in May, 2010, Fotografiska has exhibited such names as Annie Leibovitz, Robert Mapplethorpe, Sarah Moon, and Anton Corbijn. 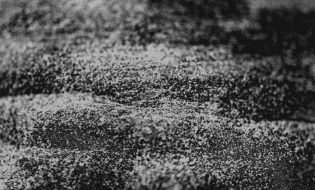