Tickets for sale at the individual venues. No festival pass needed!

Click on the arrow for links to tickets, and more information about the performances, works in progress and talks.

Artist Esta Matković has had a residency with Cullberg during the LABO Stockholm Festival writing about her experiences of the festival in a blog. The blog is part of her artistic practice and her research on the private and the public. It is her personal practice of being an artist positioning herself in some situations and from within working with documentation. The residency is arranged within the EU financed network Life Long Burning. Read her blog here!

PERFORMANCES
Dana Michel: Mercurial George
In the wake of the acclaimed Yellow Towel, Mercurial George traces and transforms the banal, provoking a certain malaise. Sifting through the heaps of dusty clues leftover in the wake of initializing a cultural excavation, Dana Michel offers a destabilizing solo. The body vacillates as it struggles for balance and a toehold. Stretching out time with minimalist and deconstructed movement, Michel becomes the archeologist of her own persona. Cullberg has included MDT:s act in the festival.
Venue: MDT, Slupskjulsvägen 30, Skeppsholmen, Stockholm
When: 11-12 April at 20:00
Tickets: www.mdtsthlm.se

Linda Blomqvist: Circle LUX 9
Circle LUX 9 makes the body into a raw material that can achieve different qualities, capacities and influence. The piece strives to shift the subject and neutralize the social body as we know it, dissolve cultural and social qualities at the same time as it playful merges and uses different expressions without the ambition to belong to a certain identity. Circle LUX 9 is an eternal transformation of the body and the space and relation that are created in between, passes through different spaces, brings on intimacy and fantasy. Circle LUX 9 is an intensification of the presence that leaves traces and predicts the future in an ongoing loop. It’s a show about the body, in time and space. Circle LUX 9 suggest the term ”magic circle” as a place where temporary worlds within the normal world can exist.
Venue: Danscentrum Stockholm, Jungfrugatan 7B
When: 14 April at 18:30
Tickets: www.danscentrumstockholm.se

Ian Kaler and Jam Rostron aka Planningtorock: o.T./Raw Practice
Ian Kaler with music performed by Jam Rostron aka Planningtorock. In a structured and improvised jam-session with live-performed music, Kaler and Rostron explore how music, dance and movement form, alter and play with temporal unions, bonds and alliances. How are we moved as a community and where are we heading towards as individuals and together?
Venue: Scenkonstmuseet, Sibyllegatan 2
When: 14 April at 20:00
Tickets: www.scenkonstmuseet.se

Dana Caspersen in collaboration with the MichaelDouglas Kollektiv: The Exchange
Dana Caspersen in collaboration with the MichaelDouglas Kollektiv invites you to step into a choreographic public dialogue that doesn’t depend on physical skill, has no audience and functions only through your actions. It offers a physical framework from which to reflect and exchange on individual and global violence mechanisms. Participants are invited to consider what they believe about the use of violence, where they learned those beliefs, and how those beliefs focus their attention and actions in conflict.
venue: Scenkonstmuseet, Sibyllegatan 2
When: 17 April at 19:00
Tickets: www.scenkonstmuseet.se

Samira Elagoz: Cock, cock, who’s there?
Samira Elagoz performance is an unsettling, touching and private documentary-performance of a young woman’s research into intimacy and violence. Through online platforms, like Chatroulette and Tinder and close encounters Samira Elgolaz takes the audience on her journey of regaining power, reinventing autonomous expression of sexuality and attempts to relate to men.
Venue: Scenkonstmuseet, Sibyllegatan 2
When: 18-19 April at 19:30
Tickets: www.scenkonstmuseet.se

Premiere! Marie Topp: Liaisons
Liaisons is a choreographic work addressing our sense of sight. In piece the potential and the state of the blurred vision is explored. Marie Topp’s Liaisons is the first performance in a new series of works that are critically reflecting on how our different senses are affected by cultural and political structures. Focusing on the sense of seeing, the power of the gaze and how the way we see affects the way we understand the world. A gaze that is not sharply focused cannot objectify. The work is initiated by choreographer Marie Topp in close collaboration with Julia Giertz (sound), Mårten K. Axelsson (light), Kenneth Bruun (dance), Olivia Riviere (dance) and Igor Dobricic (dramaturgy). Cullberg has included Liaisons in the festival.
Venue: MDT, Slupskjulsvägen 30
When: 20 April at 20:00, 21 April at 18:00
Tickets: www.mdtsthlm.se

Benjamin Vandewalle: Walking the Line – a choreographed walk through the streets of Stockholm
Benjamin Vandewalle’s creation offers new perspectives and experiences, both within the theatre room as in the streets of the city. Vandewalle accompanies you into the city. He takes the lead in a series of purposeful actions: some are banal, while others are completely unconventional. You leave as a group of individuals and gradually transform into one collective body. Walking the Line is a walking performance that will give you a new perspective on the city around you through a sequence of tableaux vivants.
Venue: Gathering outside Scenkonstmuseet, Sibyllegatan 2
When: 21 April at 11:00, 14:00 and 18:00.
Tickets: www.scenkonstmuseet.se

Linda Blomqvist: The Sound Unplugged
Linda Blomqvist’s The Sound is moving out from the theater space into the dance studio space at Danscentrum where we will continue to explore and travel through sound in a new set up. This time Linda Blomqvist, Madeleine Lindh and Sandra Lolax have invited Lendl Barcelos and Marcus Doverud to intermingle their affinities for sound and dance into the universe that The Sound Unplugged has become. “We call this version The Sound Unplugged – to allude to the 90’s MTV show; not necessarily because it will be more acoustic but rather for the simple reason that we dig MTV, some of the bands that were playing in the show and most of all for the experimentation with format that it proposed and the intimacy and conviviality which it created.”
By and with: Linda Blomqvist, Madeleine Lindh, Sandra Lolax, Lendl Barcelos and Marcus Doverud
Venue: Danscentrum, Jungfrugatan 7B
When: 21 April, performance: 20:30-22:00
From 22:00 until midnight: DJ/installation
Tickets: www.danscentrumstockholm.se

WORK IN PROGRESS
Robin Jonsson: The Most Human
The choreographer Robin Jonsson presents a work in progress of the new performance The Most Human. Ludvig Daae is a Norwegian human dancer who grew up in Nesbyen and Maria is a humanoid robot dancer who grew up with IDA at Linköping’s University. Guided by the Robin Jonsson and the robot developer Fredrik Löfgren they are presented equally but with their own unique predispositions in a dance piece that explores what is human, presence and authenticity. The piece reflects on the radical change of society, in particular with service occupations, the industrial world and in health care, where robots takes over the work from humans but also work together with them. In the Most Human a robot replaces a human dancer and works together with another human. The robot is a humanoid, intelligent and autonomous which affects the pieces process and result.
Venue: Scenkonstmuseet, Sibyllegatan 2
When: 19 april at 18:00
Free admission, no tickets, limited seating. www.scenkonstmuseet.se

Louise Dahl and Philip Berlin
Work in progress of Lonely At The Top, the next work by Louise Dahl and Philip Berlin. The main character throws herself/himself between submission and arrogance, in search for a potential hero or scapegoat – somebody to tame, praise, punish or rule.
Venue: MDT, Slupskjulsvägen 30
When: 20 April at 19:00
Free admission, no tickets, limited seating. www.mdtsthlm.se

TALKS
Eleanor Bauer: Proto Talks
Eleanor Bauer proposes a replacement for the conventional after-talk. Instead of trying to explain what we just saw with the already known, rehearsed, and press-released talk, Bauer talks to the artist whose work we’ve just seen about what remains yet unanswered, and perhaps yet to come. Proto Talks depart from what the artist doesn’t know for sure, making public discourse and shared imagination out of nascent ideas that are usually reserved for notebooks, dreams, or conversation with cohorts. Talking about things that aren’t yet fully understood, haven’t yet been realized, or don’t yet have a fully articulated justification, Proto Talks are an exercise in negative capability, in speculative theatre, in thinking together, in sharing the creative and imaginative space of uncertainty where artistic process fumbles around in the dark searching for form. Sometimes we don’t entirely understand things even when they’re finished and performed, so talking about the show we’ve just seen is not off-limits, but Getting all the answers is not the point of Proto talks. After-talks, publicity texts, program notes, and reviews can talk about what we think we know, but Proto Talks S are an opportunity to talk about what we know we don’t know.
With: Dana Michel, Samira Elagoz
Venue: Dana Michel (MDT), Samira Elagoz (Scenkonstmuseet), Benjamin Vandewalle (Scenkonstmuseet)
When: Adjacent to the performance. No tickets.

Open workshop for the public:
Rachel Fuller: Dharma meets Art, Meditation workshops at Moderna Museet
Doorways to Freedom is a guided meditation focusing on the different concepts of Time, Space and Sensitivity. After an hour of meditation, the participants are requested to take their own reflections to the artworks in the museum’s collection. The meditation is based on basic Buddhist teachings about the nature of the senses.
Venue: Moderna Museet, Exercisplan 4, Skeppsholmen
When: 19-21 April at 11:15, open for the public, maximum capacity: 25.
More information at www.modernamuseet.se

“We want to do something new for contemporary dance in Stockholm and connect different actors. In an uncertain world we aim to create an oasis for the senses, to offer a place for reflection, conversation, dance, sharing and community. Dance should challenge the known and embrace the unknown”, says Jane Hopper, curator LABO Stockholm. 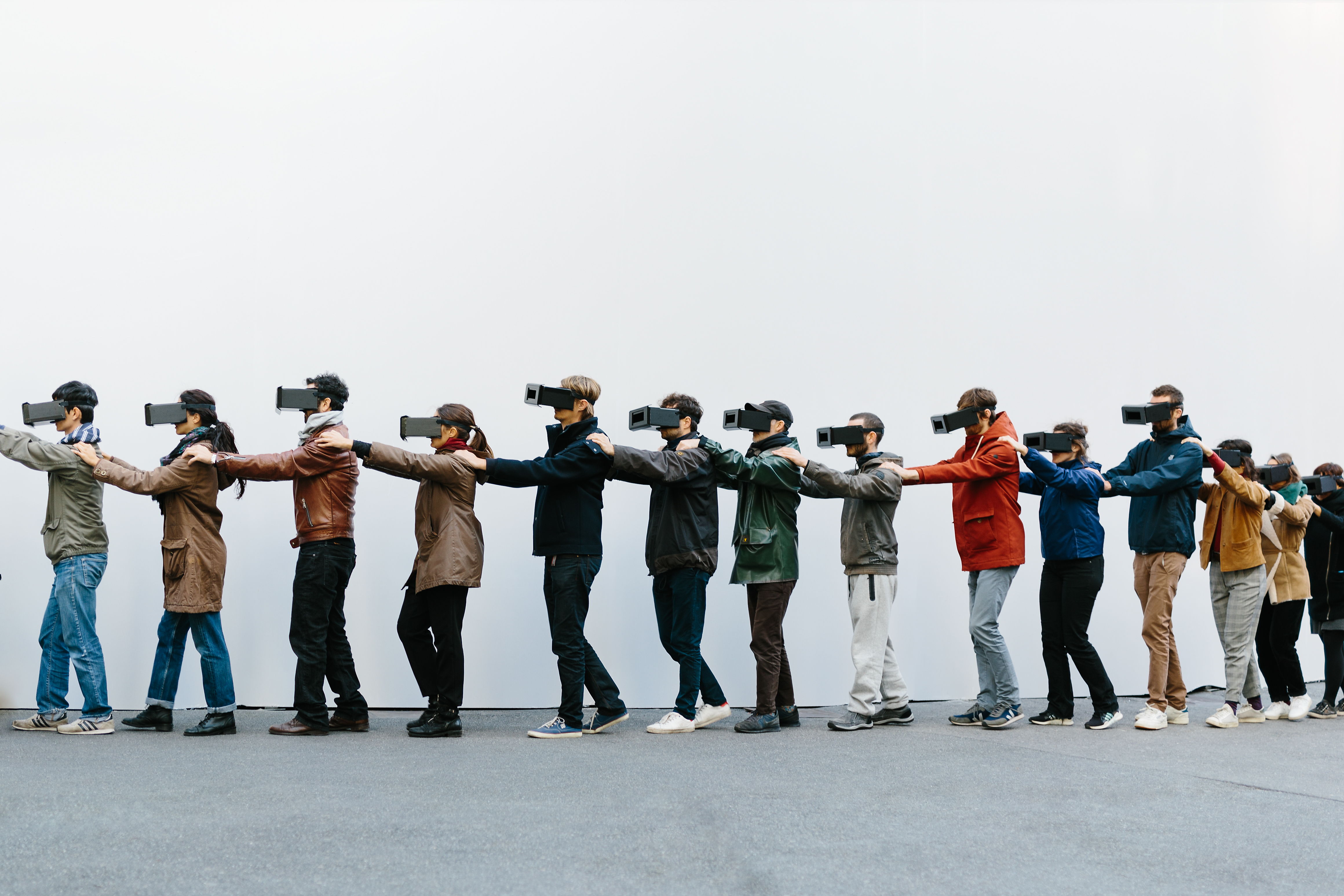 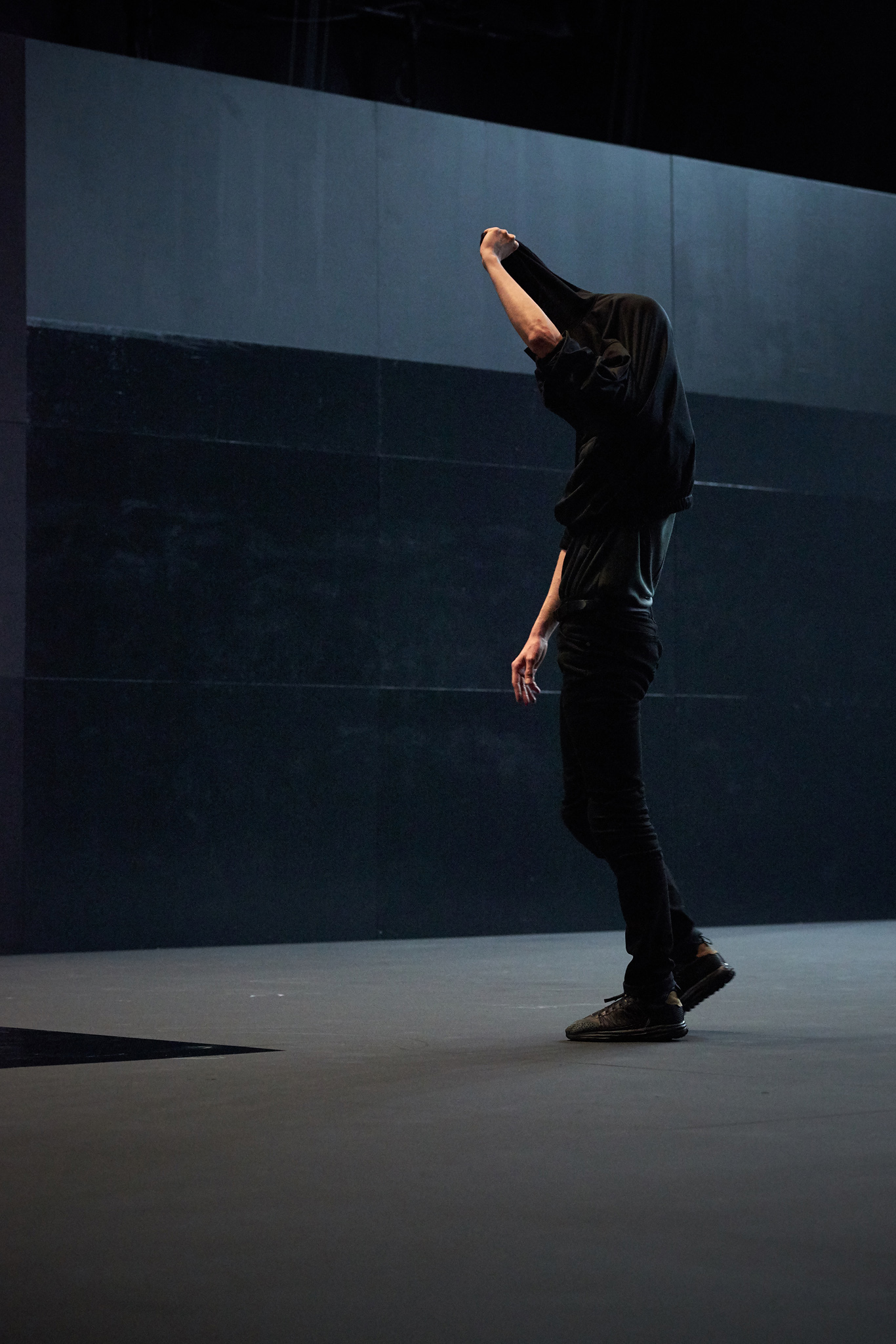 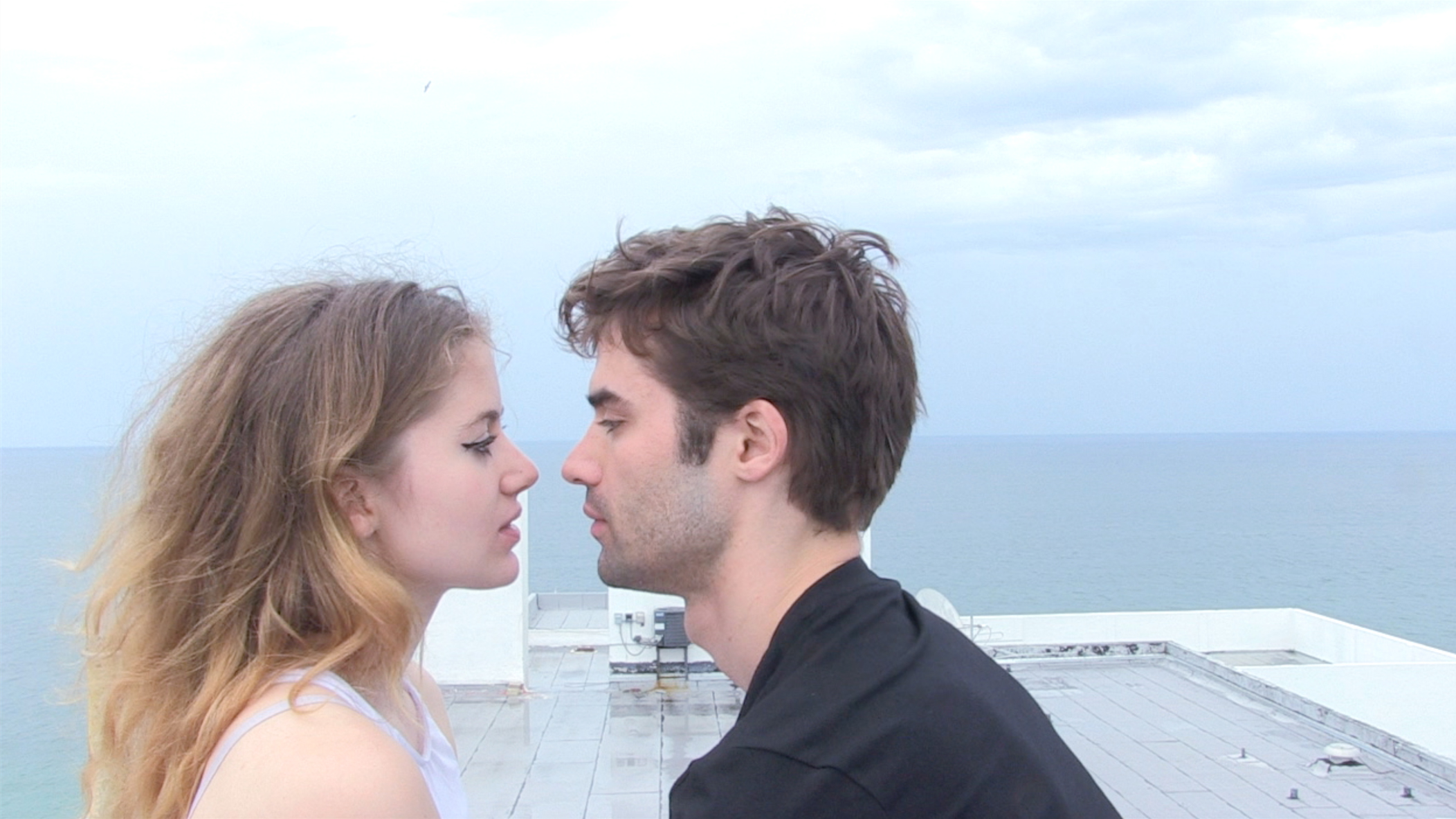 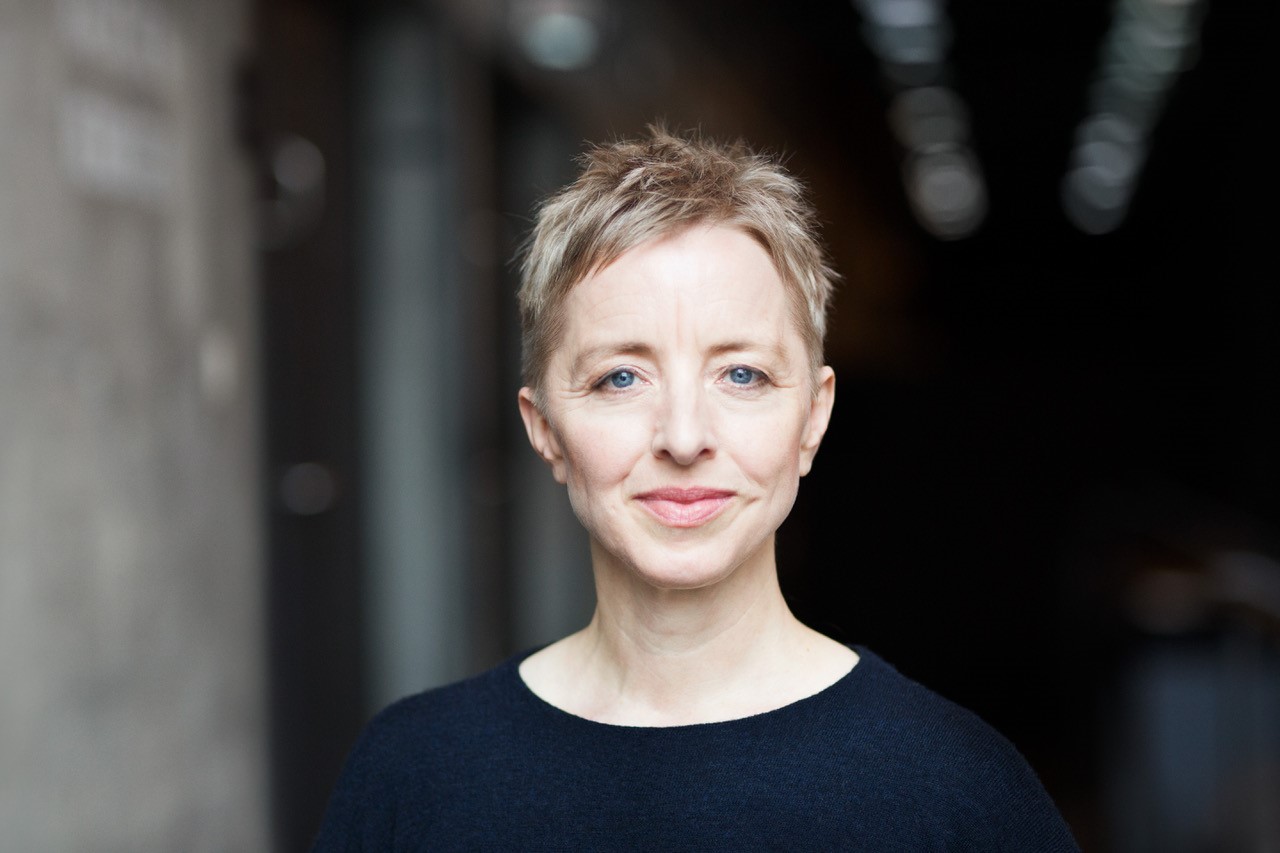 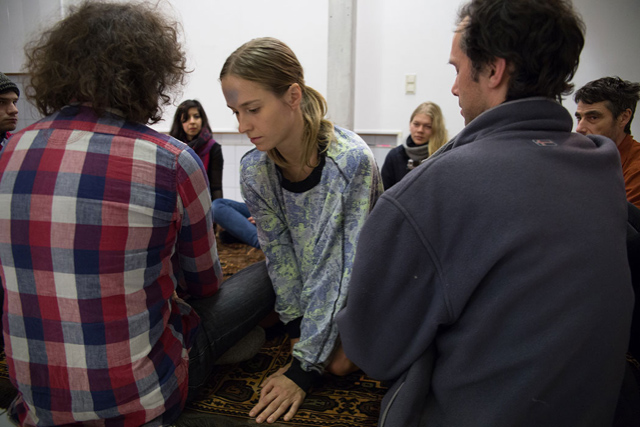 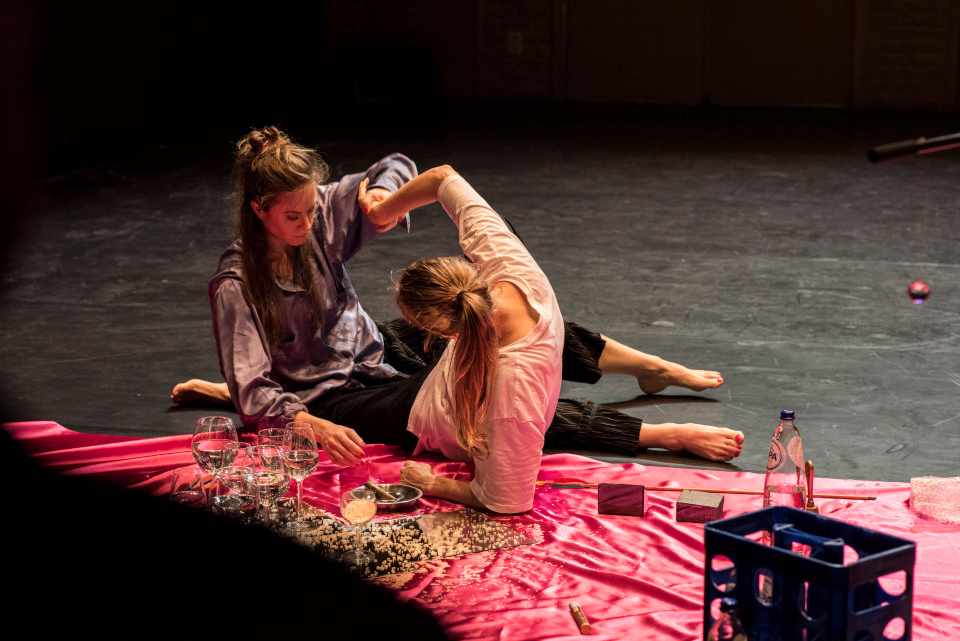 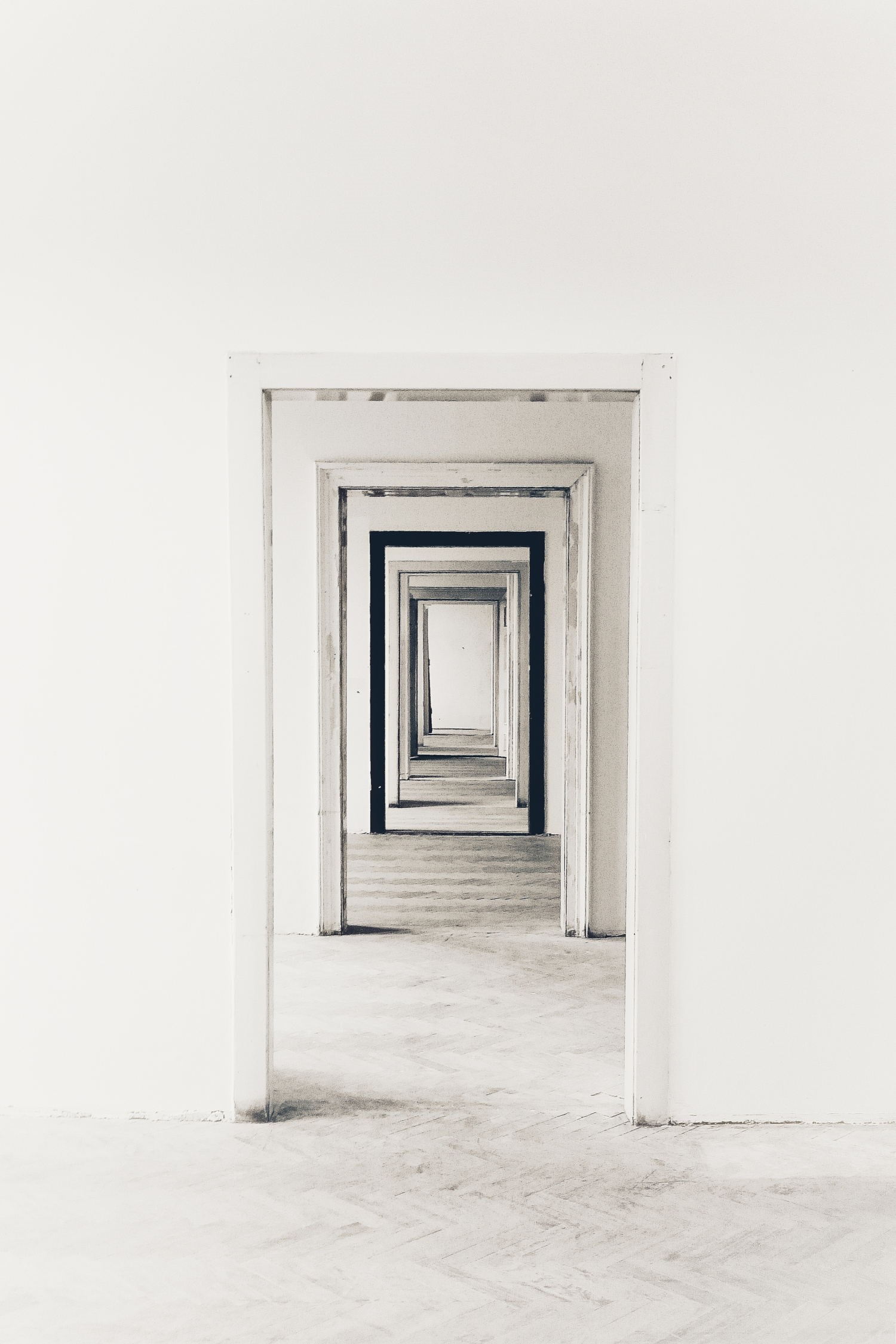 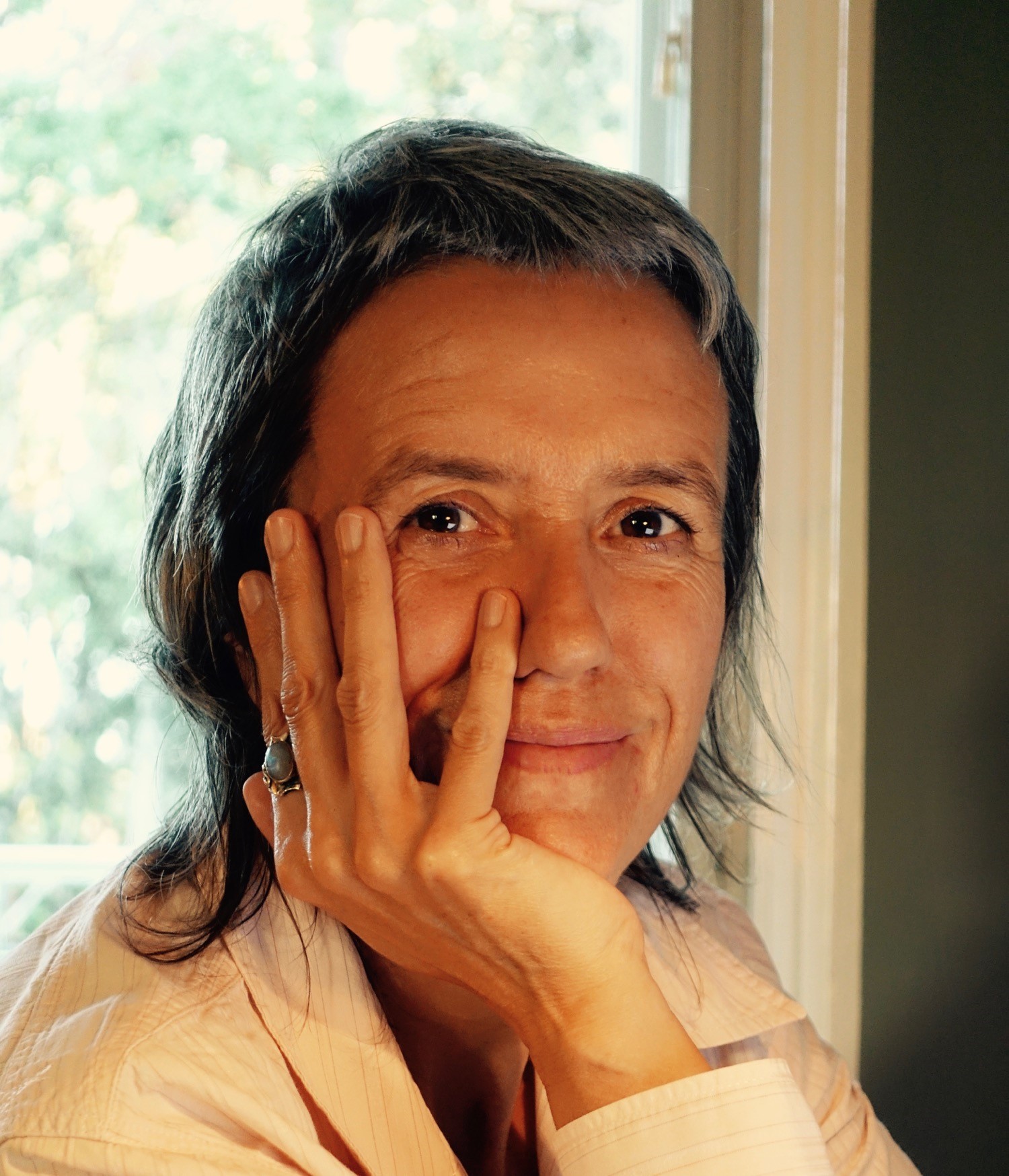 Work in progress, Louise Dahl and Philip Berlin, Lonely At The Top, Stockholm

Work in progress, Robin Jonsson: The Most Human, Scenkonstmuseet, Stockholm

Dana Caspersen in collaboration with the MichaelDouglas Kollektiv: The Exchange, Scenkonstmuseet, Stockholm