The collaboration between Cullberg and Swedish choreographer Alma Söderberg will be a new adventure as Söderberg, after gathering experience in creating solos for herself and for a small number of dancers, will make her first big scale creation. In her first work for the company, The Listeners, Alma Söderberg will continue her research on the relationship between dance and music. At the base of every creation are three building principles: rhythm, voice and movement, all simultaneously at work and a continuous repetition of the practice. Rhythm is not only the motor of her work but also the subject of her artistic research. Sound and movement are woven together in a composition that is rich in layers of perception.

Alma Söderberg will work with eight dancers in Cullberg. Using voice, rhythm and movement they will explore the relation between listening and moving. In a performance that could be a concert in the sense that it invokes listening, the space and the bodies are played as instruments. The dance becomes a tool to describe the sound, and the sound becomes a tool to describe the dance. Sounds and movements create knots and entanglements that feedback off each other and that produces a situation where the skill of paying attention is practiced on all sides, on that of the performer-listener and on that of the audience-listener. In that sense the title does not only refer to the performers but also to the audience. The role of the performer is to notice and let notice, the skill is to listen and describe.

“The fourteen-year-old in me cannot believe that I will create for Cullberg. I have not had the ambition to create for a world-famous company, but when I got the invitation, I felt it was time for me to open up and share what I developed over the past ten years. Together with the dancers, I will work with the body as an instrument in the room. My works are rarely representative or narrative, what happens on stage is more like a concert, a musical exploration. The dancers will participate in creating the music they dance to live on stage. Listening is central, both to the silent movement and to the sounding, says Alma Söderberg about her work with Cullberg.

Swedish choreographer Alma Söderberg was born and raised in Malmö. She studied at The Royal Swedish Ballet School before leaving for Sevilla and Escuela de Danza de Matilde Coral to study flamenco. She has since then, studied in Stockholm, Paris, Madrid, Amsterdam and Brussels. Alma Söderberg studied choreography at SNDO in Amsterdam, and graduated in 2011. During the past years, she has been based in Brussels and toured her creations to relevant venues and important festivals all over Europe. Her work is characterized by connecting dance, music and voice. Sound and movement are always intertwined, and a research of these expressions is constantly an ongoing part of Alma Söderberg’s artistry.

In 2016 she was awarded the Swedish Theatre Critics award the Thalia Prize with the motivation:

”she presents a unique kind of performing arts, joining together dance, music and voice performance in an unceasingly fascinating and rhythmic performing language.”

In 2016, Alma Söderberg was awarded The Birgit Cullberg Grant by The Swedish Arts Grants Committee with the following motivation:

”Alma Söderberg stands out among Swedish choreographers. She follows her own path – genre does not determine her performing arts. It is concert, performance and dance. Alma has been called the human sound and dance machine and her solos have been described as ‘sound and movement in a rhythmic symbiosis with roots in flamenco and tentacles towards Swedish folk music’. Alma Söderberg does not follow the stream, she works beyond ideological and aesthetic signs. Communication between the audience and her own body is the foundation. With movement, rhythm, music, sound and language, she breaks new ground and opens the borders of what a dance performance can and may be. She puts herself in the middle of time and beyond the conventions. With a number of solos behind her, as well as an international career, with the Birgit Cullberg Grant, we want to acknowledge a unique movement and sound artist.” 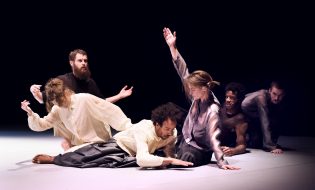 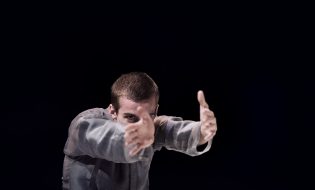 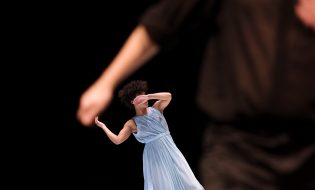 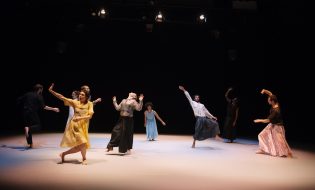 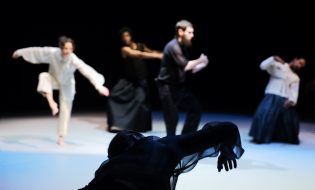