The Progression of Things

The progression of things challenges broadly conceived notions of history, and it’s requisite conceptions of progress, growth and transcendence through myth building, as a linear phenomenon. Färgfabriken, Stockholm: 11-13 & 18-20 nov, 11:30 – 15:30. Admission 40 kr, reduced admission 30 kr for students and pensioners, admission is free for children and young people under 18. Recommended from 8 years.

The progression of things as circular constants (or seemingly closed circuits of experience) is mirrored in the effort of the body during improvisational practice. Here the performer finds him/herself constantly confronted with the same set of embodied circumstances in direct relationship to the sensation and redistribution of time. The performer strives to reexamine and make visible, through physical practice, the constant state of aliveness in what could be described as ‘present time’. Forming a closed circuit with that which has just taken place, and that which might immediately follow.

By presenting a performative model of these circular constants, my aim is to posit an alternative to history as linear progression, with it’s necessary critical ocularcentrism, linguistic hegemony, and linear narrative tendencies.

Absent this neatly organized progression of time and history, what other kinds of narratives are available to us? Where does the pre-ordained logic of our linguistic system reach its limit in terms of the kind of narrative it is capable of telling, narratives which may rise and fall within an entirely ‘other’ realm?

What is left?
Tilman O’Donnell 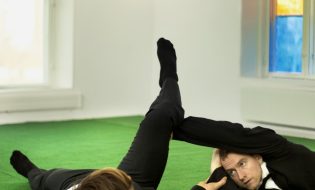 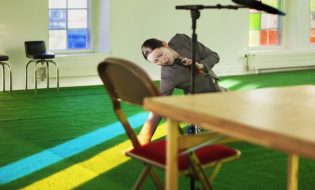 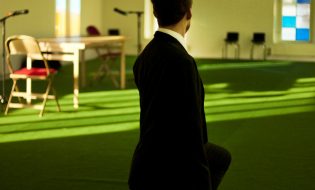 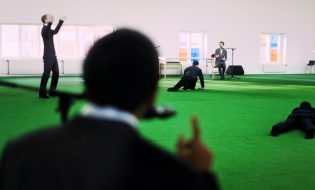 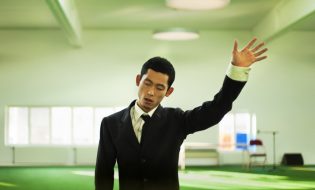 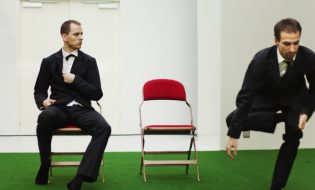