In November 2009 Cullberg Ballet, for the first time, made an entrance at the small stage at Dansens Hus in Stockholm. Crystal Pite staged her work xspectacle, sharing an evening with fellow Canadian, choreographer, Benoît Lachambre. xspectacle was originally created for the dance company BMJ Danse in Montréal and was highly acclaimed by the audience and press after its premiere in 2004. Pite worked together with Cullberg Ballet in Matter of a Maker, created directly for the company, already in 2008.

Cullberg Ballet performed xspectacle again in March 2010 at Dansens Hus and at the outdoor theatre Parkteatern in Stockholm in August 2010. In December 2010, the company opened an evening at Dansens Hus main stage in Stockholm with the piece, followed by Sylvie Guillem in Mats Ek’s Ajö.

Crystal Pite’s notes on xspectaclexspectacle is a portrait of something familiar and dear to me: dancers working on a dance. The theatre is the frame, and the presence of an audience affects the picture: what was once practical and authentic becomes staged and self-aware. At times, the performers finesse and refine their destabilization in order to appear spontaneous. However, the presence of improvisation ensures that the unknown has a voice, and that the energy of risk and discovery is true.

xspectacle appears to be in rehearsal and in performance at the same time. The stage setting offers both the banality of unadorned, utilitarian space, and the heightened (expected) experience afforded by theatrical devices like lighting and sound. Similarly, the dancers’ physicality jumps easily between the banal and the heightened: they are both humble and spectacular. We witness their grunt-work and their mastery.

Returning to this work after nearly seven years has been both confronting and illuminating. It reminds me of what I love about dance: it is an ephemeral and adaptable art that is always in a state of creation. xspectacle continues to be formed and altered by the dancers that have inhabited it, past and present. I am so grateful to Cullberg Ballet for giving me the chance to work on it again. (Crystal Pite, November 2009)

”Meeting the audience on a smaller stage, in an intimate space, is also new for the talented Cullberg dancers. Along with the open and the playful, it provi¬des a hint of a new, path of possibilities.”
– Expressen

”(…)an intelligent declaration of love for the dancer’s work, the skilled craftsmanship underlying the sponta-neous expression (…)”
– Svenska Dagbladet 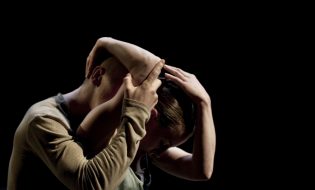 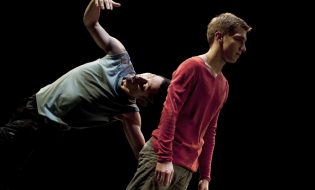 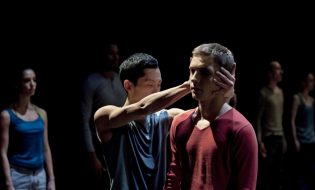 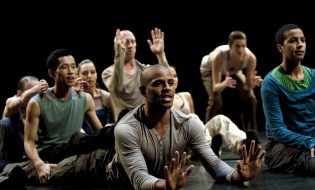 The close interaction of the dancers captures Pite’s subtle humor, which permeates the fine-tuned piece, the flow of which is interrupted by solos and duets that the dancers chisel into fine works of art.