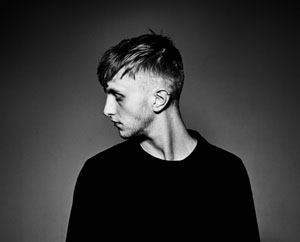 Elias (SE) came to the public’s attention last spring with his song ’Revolution’, which became a major success. He followed this up with another single, ’Green Eyes’, and the EP ’Warcry’. As a thirteen-year-old, Elias started singing with the Tensta Gospel Choir, where he began to develop his unique singing voice – which has since drawn comparisons with Sam Cooke, Anthony Hamilton and Sam Smith. One of Spotify’s ’Spotlight Artists’ for 2016, he is set to release his debut album this spring, which includes collaborations with producers such as Paul Epworth (Adele, Coldplay), HYENA, John Hill (Florence + The Machine, Christina Perri) and Fraser T. Smith (Adele, Ellie Goulding). Elias names Otis Redding, Spooky Black, Patti Smith and Jeff Buckley as his major influences and sources of inspiration. Last year, his performances included an appearance on Norwegian-Swedish TV show ’Skavlan’ together with a string section and a gospel choir, plus appearances at Way Out West and the Roskilde and Reeperbahn festivals.

”Revolution’ is about breaking up with something you don’t believe in and instead doing things the way you like. It’s not an angry song – more about how fantastic it can be to start over again,” says Elias about the song, which is included in ’Protagonist’.